It's been an exciting week for FINALE!

Becca was on hand at BookExpoAmerica in New York City this week for the live unveiling of the FINALE cover!!  (It was also revealed online on MTV Hollywood Crush)  Here it is in case you haven't see it yet, with the UK cover, which was also revealed on Wednesday.

There were a few angels there for photo ops with fans and to help spread the word about FINALE.  The reveal got all kinds of attention from BEA attendees and even an extra guest or two.  In fact, Drew Doyon, the Patch cover model stopped by to see the cover revealed.  You can see him below with Becca and the angel models. 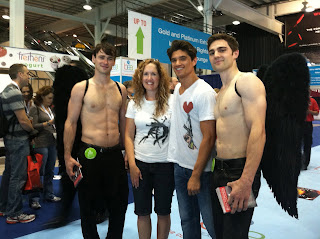 And in case you were wondering exactly how much longer you have to wait for FINALE to be released, the countdown widget is here!  Becca's publisher has made an awesome widget, please feel free to post it and share it (there's no sound this time).

The FINALE cover is beautiful. I can't wait for the book. I've shared the count down widget on my blog Globug & Hootie Nedd a Book.

Love the cover! I think the Silence cover is my favorite but this is my second favorite:)

i love the new book cover! it's my fav from all the other covers of this series.
Drew Doyon; i love you Angel! :D

Not to be rude only honesty i wasn't really in love with the new cover. I know crazy right?! I am sooo sorry to say this but I didn't like it that much. I thought the other covers were better, but this is still an amazing cover

Hi. I'm a huge fan of the Hush Hush Saga. I've followed all the events surrounding the books since I read the first book the first time. I know it's Samantha Riggiero who's the covermodel in the second book "Crescendo" where she's Nora. But I'm just wondering if it's she who's the model for Nora in the other bookcovers as well?
Thanks in advance. Love, Ewelina from Sweden.

Oh my goodness ! I am so stoked to get my hands on the last book !! I just finished reading "silence" and it was amazing. Can't wait to see how this all ends !

Ohhh my goodness ! i need this book like i need blood to survive x_x im hooked on the hush hush saga ! ugh i'd do anything for movies to be made of this series i'd be first in line to buy that ticket xD two thumbs up for Becca , inspired me to keep writing ♥ ^.^

I would like to know where I can buy "FINALE" in Mexico... I'm in love with the books. Congrats Becca... I hope you continue writting and publishing some other books. Love ya! <3 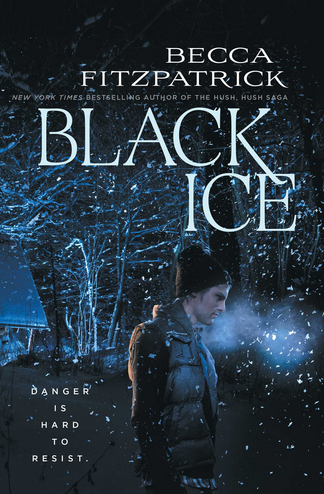